Did Dutch police arrest a bird for robbery?

A viral tweet is claiming that Dutch police arrested a bird for robbery. 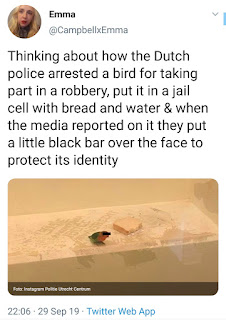 However, if you follow the link to the article the Twitter user shares as proof, the embedded police release on Instagram, however, shows the actual story.

The police in the Netherlands arrested a suspected shoplifter. The suspect had a bird on their shoulder. Police did not have a cage to house the bird in, and thus, consulting with the suspect, allowed them to keep the bird in the cell with them while making sure it was well cared for. 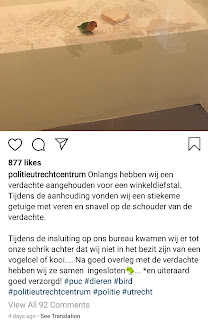 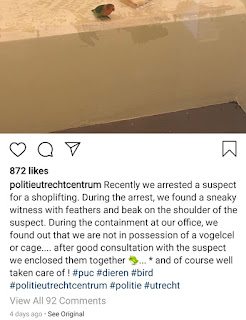